A Meal with the Least of These.

Over the years I have had many people ask me what the difference is.  The only answer I could come up with was that when the first Church of Christ split, the ones who got the piano became the instrumental church and the ones who did not have a piano became the non-instrumental.  Being truthful I do not have an answer. I do love to hear really good acappella music though.  There is nothing prettier than perfectly harmonized voices.  Supposedly instruments are not mentioned in the New Testament, which is supposedly the basis for the non-instrumentalist churches decision.  In Psalm 98 it says.

4Make a joyful noise unto the LORD, all the earth: make a loud noise, and rejoice, and sing praise. 5Sing unto the LORD with the harp; with the harp, and the voice of a psalm. 6With trumpets and sound of cornet make a joyful noise before the LORD, the King. 7Let the sea roar, and the fulness thereof; the world, and they that dwell therein.  8Let the floods clap their hands: let the hills be joyful together 9Before the LORD; for he cometh to judge the earth: with righteousness shall he judge the world, and the people with equity.

So to me it is a matter of the whole Word, or picking and choosing. Both churches tend to not have women in positions of authority or preaching, which they will tell you is totally Biblical. The non-instrumental tend to be a New Testament based churches and kind of discount the fact that the 98th Psalm is in the Old Testament.  In verse 3 & 4 it says make a joyful noise unto, all the ends of the earth and to all the earth, which were not even discovered until long after all the Words of the Bible were written. They argue we are not under the law, but they believe in the story of creation and it is old testament. So it is a matter of what one chooses to believe. To me it is, "The Whole Word and Nothing but the Word."

The keynote speaker told a joke the first night that set the tone for the whole convention, It was very controversial, but he wanted to make a point. The joke went something like this.  A man died and went to heaven. When he got to the Pearly Gates he was given a guided tour.  The guide took him down a long hall with doors on both sides.  He started explaining who was in each room. This room is the Methodist, this one is Baptist and this one is the Episcopalians.  Then he told the man when we pass this next room we have to be real, real quiet.  The man asked why.  The guide explained to him that the next room was the Church of Christ and they think they are the only ones here.

There was a deafening silence for a minute or so.  Then a quiet applause started to build.  It never did get very loud but it did go on for a while. It was a point of discussion for the rest of the convention.  The point was that no one was better than the other person. We will all get to heaven strictly by the Grace extended to us by God through Jesus Christ.

It was my first ever convention and I was really amazed by it all.  They had a large hall where you could by T-shirts, CD’s and all kinds of things from bumper stickers to scheduling a group to attend your church and sing.  One of the neat features was the spontaneous singing that would spring up all over the hall.  It really touched me.

The day we were getting ready to leave my daughter asked me what I liked best about the Convention and I said lunch.  She was shocked and I had to explain to her that it was not the meal  but the experience.

Just down the street from the fairgrounds was a place called the Casa Blanca, which was a Mexican restaurant, it was laid out with a cave motif.  You had to go down two long halls before you got served.  Many of the tables were in areas that resembled small caves. Even being four and five abreast the line moved fairly smoothly, though slowly.  Some of the people started singing gospel songs at barely a whisper.  It was a moving experience. Suddenly I had an Epiphany and started crying and I could not stop.  My wife said what is wrong. I could barely speak I was so moved.  Like I said it was like we were going down this long cave into a dungeon.  I could suddenly see the early Christians going down the same path to be martyred. Finally I got it together enough to speak. I said, “We are here in line going to lunch, I just realized the difference between us and the early Christians.  We are going to eat lunch, but they were going to be lunch.” Suddenly I had a whole company of blubbering people around me.

My daughter was moved to tears when she saw I was not making fun of her but had, had a really moving experience.  It has touched me over the years and sort of gave me a ministry during my truck driving years.  When I would see a person sitting
on their bags outside the truck stop I would invite them to have lunch with me. It would give me the opportunity to see if I could help them in some way. Sometimes I could and sometimes I did.  Other times I just got to share that God was still looking to help those that had needs.

So the next time you see the guy with the sign, “Will work for food.” Offer to take him to lunch and find out what his needs really are.  Just handing someone cash is not biblical. Read II Thessalonians 3:10. If you consider holding a sign work, go ahead. The Lord corrected me for doing that, but that is another story.

Sometimes they just need a short ride up the road.  Sometimes a shower and a place to rest for a bit.  Sometimes just giving them some money, usually by letting them pay for the meal, with my money.  I would let them keep the change if it would help get them through the day.  After eating a meal with a person you will know if you feel comfortable going a step farther in helping them.  Sometimes just giving away a free shower at a truck stop or letting them sleep in my truck while I ate would help as much or more than a meal.  Nothing tests your faith like leaving a running truck and quarter million dollars worth of equipment and cargo in the hands of a complete stranger.  The point is if you feel you are truly being moved by God to help someone, test the spirits first and do it.
Posted by Ric 'The Turtle' Ryan at 1:53 PM 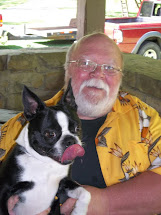 260 + POSTS ON FAITH, FINANCES and TRUCKING, SO YOU CAN LEARN AT MY EXPENSE